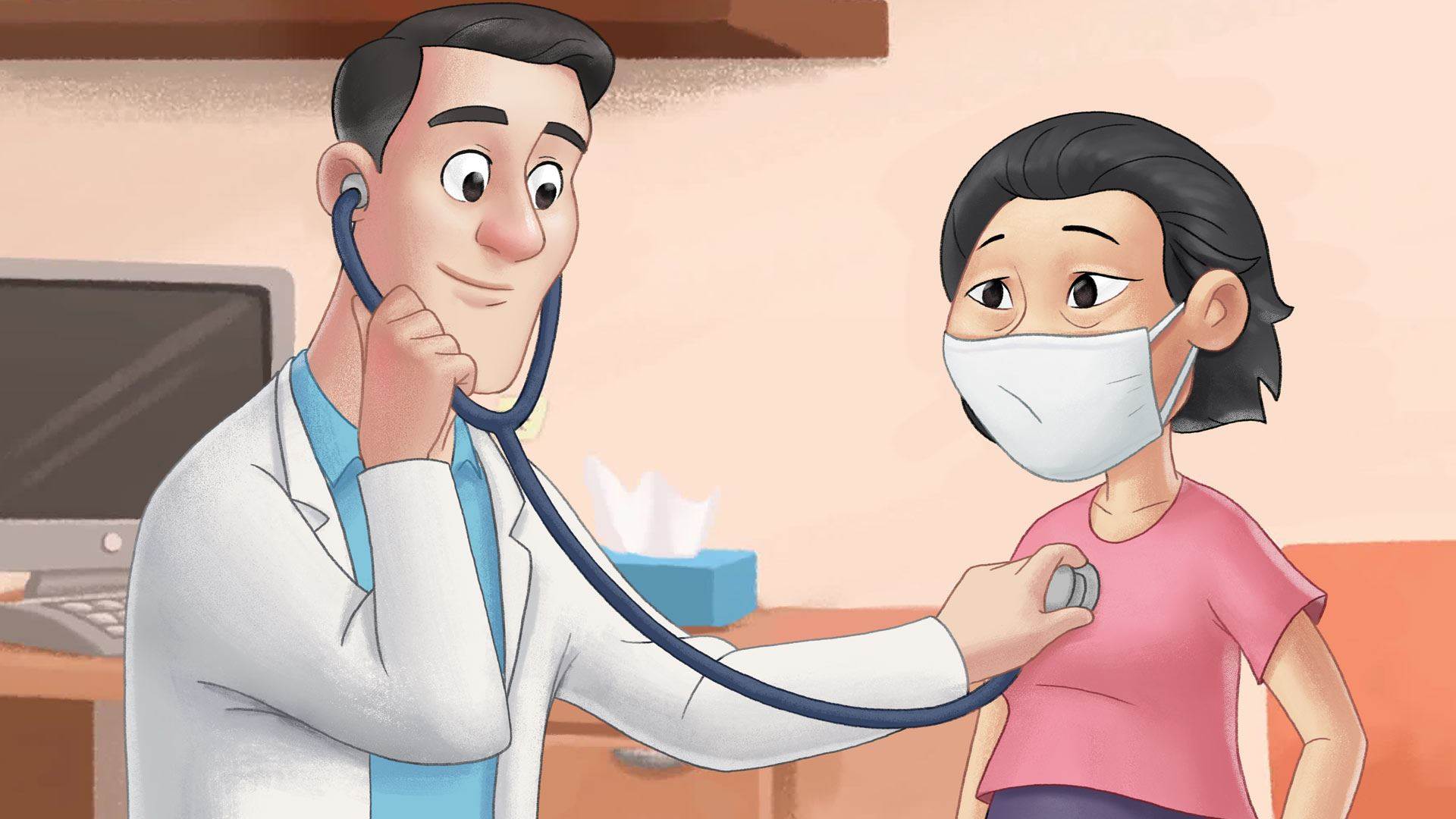 Severe acute respiratory syndrome, commonly known as SARS, is an infectious viral disease. The virus is spread mainly through sneezes and coughs (airborne or droplet transmission) and infects the respiratory tract.

The SARS virus first emerged in late 2002 in Guangdong, China, causing a large-scale outbreak that resulted in hundreds of deaths. [1] [2] The outbreak was finally contained after a successful international effort (see Epidemiology, below).

The sections of the body used for breathing, including the mouth, nose, throat and lungs.

The SARS virus most likely originated in bats and passed to humans through civet cats (small mammals native to tropical Asia and Africa). It is thought the virus moved from civet cats to humans in 'exotic meat' markets, where live wild animals are sold.

A global health alert was announced in early 2003 and a large-scale international effort to contain the virus followed. Because regular infection control methods failed to prevent the spread of the virus, people with SARS had to be quarantined for the duration of the disease. Travel restrictions were also put into place.

The epidemic finally ended in July 2003. There have been no known cases of SARS since early 2004. The SARS epidemic had demonstrated that the world in the 21st century is truly a 'global village'. International travel is common and can lead to infectious disease spreading quickly across the world. This realisation led to the adoption of the International Health Regulations (IHR) in 2005, a legally-binding agreement that coordinates the global response to infectious epidemics.

The cause of SARS is the SARS coronavirus (SARS-CoV). This virus belongs to the coronavirus family, which also includes the virus that causes Middle East respiratory syndrome (MERS). When the SARS virus enters the lungs, it can damage lung cells and cause inflammation.

When an infected person sneezes or coughs, the SARS virus spreads into the air via millions of tiny droplets, each containing many viruses. If a droplet enters your nose or mouth, you may then become infected. The droplets can also collect on surfaces and objects, so you can also catch the virus by touching an infected surface and then touching your nose or mouth area. The SARS virus can also pass from person to person via the faecal-oral route. 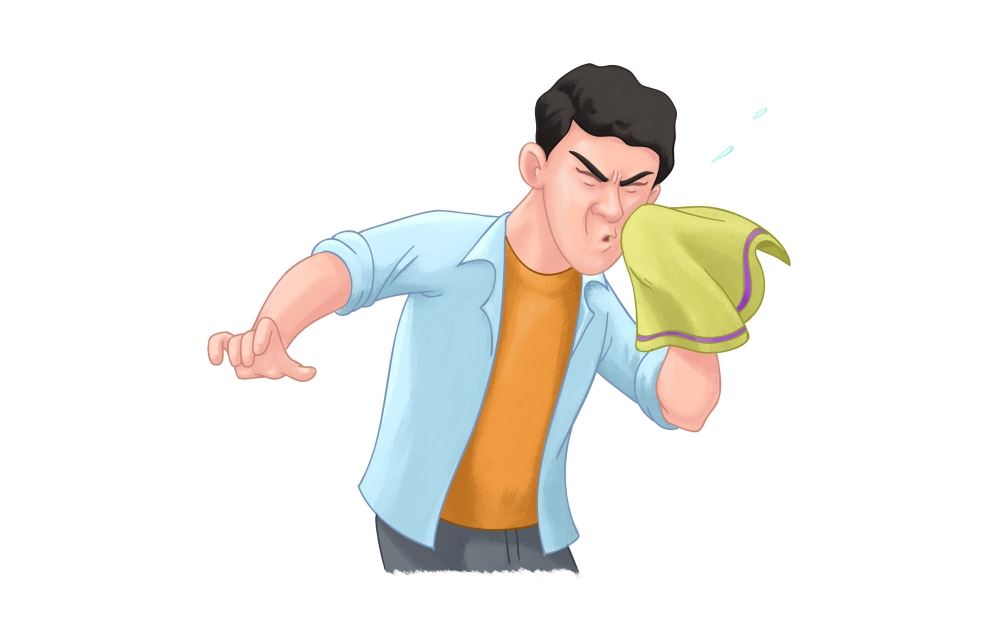 The SARS virus can be spread via coughs or sneezes.

The main risk factor for SARS is being in close contact with a person infected with SARS. People over 65 years of age and people with other lung illnesses have a high risk of death from the infection.

Signs and symptoms of SARS resemble those of influenza and other viral illnesses, and include:

Not everyone who is infected with the virus will fall ill. The virus's incubation period is usually between two and seven days.

SARS can not be diagnosed by its symptoms alone. Your doctor will need to take nasal swabs, a blood sample or a stool sample from you and send it to a specialised laboratory for testing. Since SARS is a highly infectious disease and a high-level public threat, SARS tests are often high priority. Your doctor may also wish to have a chest X-ray taken.

There is no specific treatment for SARS. A person suspected of being infected will be quarantined to prevent further spread, and can receive supportive treatment if necessary, which may include:

Most people recover completely from SARS after a few weeks.

There are currently no specific vaccines or antiviral medications to protect against SARS. You can prevent SARS from spreading by practising good hygiene measures, such as:

Severe acute respiratory syndrome (SARS) is an infectious viral disease that spreads mainly through sneezes and coughs and infects the respiratory tract.

What are the symptoms of SARS?

SARS is caused by the SARS virus (SARS-CoV).

Anyone can catch SARS if exposed to an infected person. There have been no cases of SARS since 2004.

How is SARS diagnosed?

Because SARS has similar symptoms to other viral diseases, it is not easy to diagnose. Diagnosis is done via laboratory tests checking for the presence of the virus in the throat, blood or faeces. A chest X-ray may also be taken.

How is SARS treated?

There is no specific treatment for SARS. A person suspected of being infected will be quarantined to prevent further spread and can receive supportive treatment if necessary, which may include breathing support (a ventilator), antiviral medication, antibiotic …

Will SARS clear on its own?

SARS normally clears on its own within a few weeks.

SARS is highly contagious and spreads quickly between people.

How is SARS spread?

The SARS virus spreads via sneezes and coughs. It can also spread through infected faeces and by touching infected surfaces and then touching the nose or mouth area.

SARS is a potentially fatal condition - around 10% of people infected with SARS die of the virus.

A common cold is a viral infection of the upper respiratory tract. Symptoms include a stuffy or runny nose, coughing and sneezing. They are not usually serious and will generally get better by themselves within a few days to a week.…

The flu, or influenza, is a common viral infection, which causes fevers, headache, coughing and muscle aches. It is different to the common cold, which usually has relatively milder symptoms. Rarely, complications can occur with the elderly, children and people with weakened immune systems.…

Middle-East respiratory syndrome, or MERS, is a viral infection that mainly affects the respiratory system. It was first identified in Saudi Arabia in 2012 and has been linked to the Middle East in all cases since.…